A Guide to Using the Copy EBS Snapshots to S3 Action

Written by Matt Houser
Updated over a week ago

The "Copy EBS Snapshots to S3" action is used to copy the contents of one or more EBS snapshots to Amazon S3.

How Does It Work?

In order to copy the contents of the EBS snapshots to S3, one or more helper EC2 instances must be launched in the AWS account.

The helper EC2 instances do the following:

Important: The contents of the EBS snapshot never touch the Skeddly infrastructure. 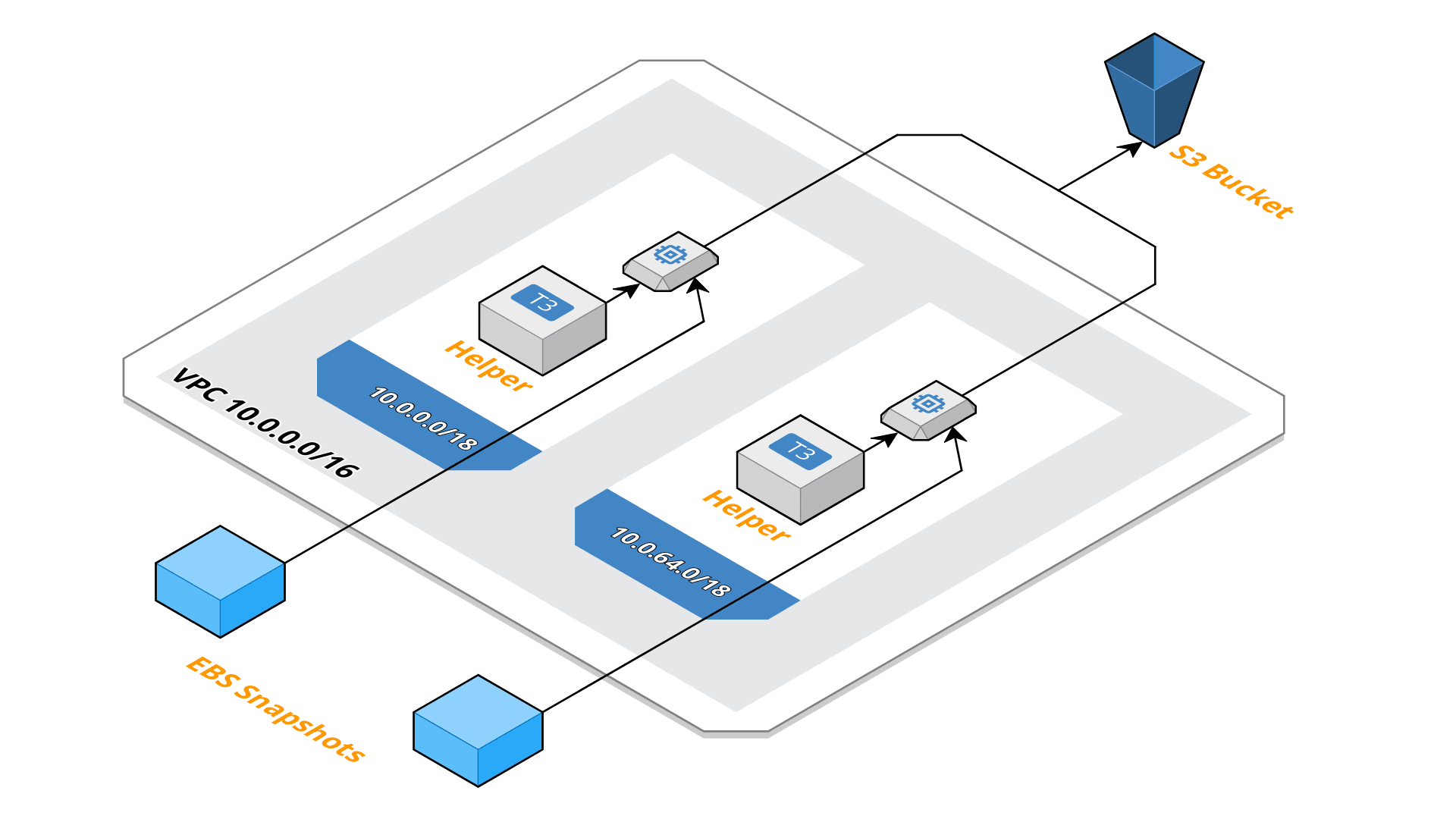 Before the "Copy EBS Snapshots to S3" action can be executed, the action must be configured with the following:

Note: The VPC subnets do not need to be in the same VPC or availability zones as the original EC2 instances or EBS volumes. Only the AWS region must be the same as the EBS snapshots.

We have created a CloudFormation template that will create the above resources and tag them so they can be found by Skeddly.

This template should be used in each region from which EBS snapshots are to be copied.

Also, for copy operations that take longer than 60 minutes, an IAM role needs to be assigned to the helper EC2 instance.

Use this CloudFormation template to create the necessary IAM role.

This template should be created once, in any region.

The "General Information" and "Schedule and Triggers" sections are configured just like any other Skeddly action.

In this section, select the desired AWS account and AWS region(s) in which the action will be executed.

This section is used to select the EBS snapshots that are to be copied to S3. Each field are combined in an "AND" combination:

This section is used to specify the S3 target information.

Pro Tip: To help improve performance and reduce data transfer, you can use the $(REGION)  macro in the bucket name to use a different bucket for each region's snapshots.

For example, you can specify the bucket name as my-bucket-$(REGION) . In this case, the following buckets would be used (depending on the location of the EBS snapshots):

Skeddly won't validate the bucket location, so create each of the above buckets in the appropriate region.

This section is used to specify the network configuration to use for the helper EC2 instances that Skeddly will use to execute the copy process.

Pro Tip: Use the CloudFormation template in the "Prerequisites" section above to create one CloudFormation stack in each AWS region from which EBS snapshots will be copied.

Some file system types may not be supported. File systems known to not work are:

The "Copy EBS Snapshots to S3" action only works in the AWS commercial regions. It does not work in the GovCloud or Chinese regions.

Did this answer your question?